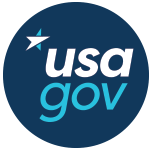 There has been confusion and rumors on social media about a U.S. Department of Defense drill that starts on November 4, 2017. Some people are worried about problems like power or communications systems being purposefully shut down. In fact, there were more than one million searches for this topic on U.S. federal government websites during a recent 24-hour period. People looked up terms like "emp," "drill," and "electromagnetic pulse."

However, the exercise will only simulate a massive power outage. The participants will be pretending that they don't have regular access to power. Power and communications for the U.S. will not be affected.

The radio operators in the drill will try to communicate with each other in order to test how well their different communication systems connect. The purpose of the exercise is to rehearse for a massive power outage scenario and find out what problems arise in order to address them later.

The exercise is being performed by the Army Military Auxiliary Radio System (MARS), which conducts these tests on a regular basis. This test was scheduled more than a year ago in order to prepare and encourage participation from volunteers, such as emergency responders and the amateur radio community. This MARS exercise involves the Army, the Department of Defense, and hundreds of trained volunteers.

Learn more about the exercise from the U.S. Army.